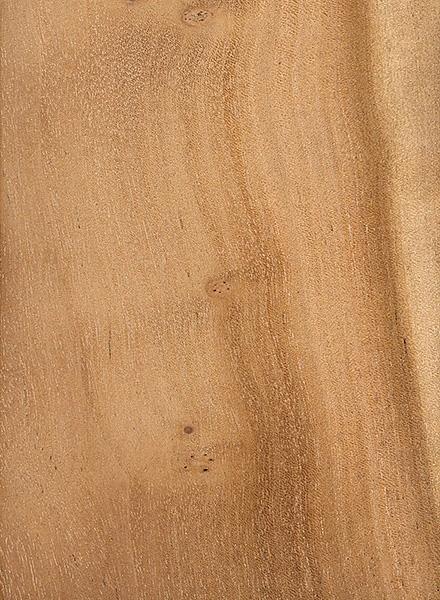 Familiar and much loved by generations of woodworkers; genuine mahogany consists of two closely related species. Cuban mahogany (Swietenia mahogani) is native to the islands of the Caribbean while Honduran mahogany (Swietenia macrophylla) is found from Mexico to Bolivia. Harvesting of mahogany began as soon as the Spanish and English arrived in the New World. Being seafaring nations, they quickly seized upon its excellent shipbuilding qualities which included its strength, light weight, durability, and bending capabilities. 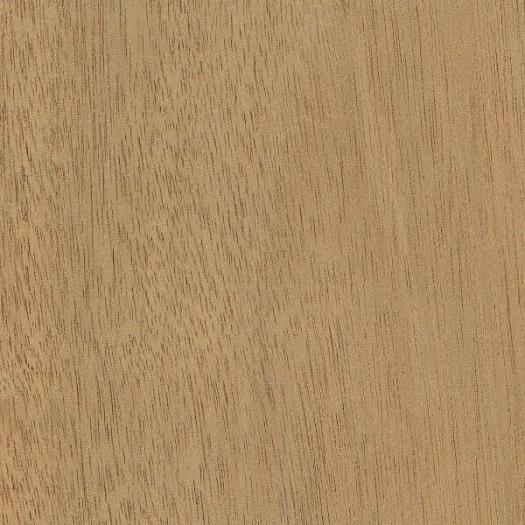 It was quickly adopted by cabinetmakers in Europe and by 1725 was the preferred wood for the finest English furniture. Thomas Chippendale (1718-1779) was using mahogany extensively, and his innovations included the ball and claw foot and various hand-carved shell motifs. Succeeded by the Federal style furniture of Thomas Sheraton (1751-1806), the clean lines of his furniture was designed to emphasize the many unique grain patterns that are common to mahogany. Its popularity continued into the 1800s with the work of North American masters such as Duncan Phyfe (1768-1854).

So what is it that made mahogany the world’s dominant cabinet wood? Few woods match its beauty, workability, and stability. Of the two species, Cuban mahogany is slower growing: yielding a denser wood with tight growth rings, fine texture, and a deep reddish brown colour. Honduran mahogany on the other hand can vary widely in density, colour, and figure, depending on where it is grown.

Mahogany seasons easily due to its low volumetric shrinkage which means it will dry with little degrade. For the woodworker, Mahogany’s low T/R ratio is important. When a wood shrinks more tangentially than radially, large warp producing stresses are created. Mahogany has a low T/R ratio which yields a very stable product.

It is a very attractive wood that is usually straight-grained with a uniform density. Consequently, it machines well with hand and machine tools. It finishes well with shellac, oils, and varnish. This tree also produces a multitude of figures: crotch, ribbon stripe, block mottle, and curly have all been incorporated into a wide variety of furniture styles. Colour ranges from a deep reddish brown to a warn brown with purple brown and amber overtones.

There were never any true mahogany forests. Four trees per acre is considered a dense concentration of mahogany. Growing at a greater density would leave it prone to insect attack, and as a result, mahogany is difficult to grow in plantations within its natural range. The mahogany tree can grow well over 100’ high with 80’ to the first branch and diameters approaching 10’ at the buttress. Consequently, mahogany can yield wide lumber that was advantageous to the early cabinetmakers producing furniture by hand. 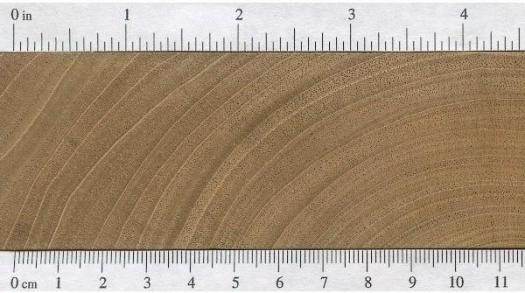 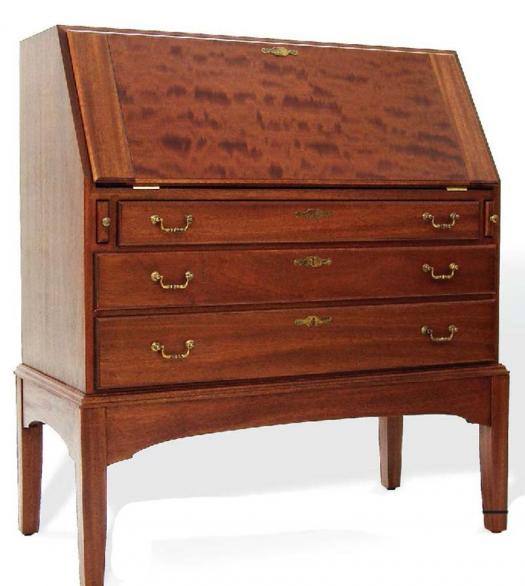 Mahogany’s popularity ultimately contributed to its demise. Cuban mahogany started to disappear in the 1800s. Honduran mahogany continued to be cut, but ultimately supplies dwindled until it was almost extirpated in the late 20th century. It is now protected by CITES (Convention on International Trade in Endangered Species) regulations strictly controlling its trade. The hope is that protection will allow the tree to re-establish itself. Outside of its natural range, it is grown on plantations due to the absence of its natural insect predators. Much, if not most, of the Honduran mahogany available today is from tree plantations.

Khaya (African mahogany) has become a popular substitute for Cuban and Honduran mahogany. It is not a true mahogany, and sometimes lacks the deeper reddish brown color and durability that is common for true mahogany, particulary in the Swietenia genus.

Small amounts of genuine mahogany still make it to the market mostly from Central America. It is essential for any reproduction or repairs to most historical furniture styles. Its beauty and excellent working characteristics will continue to impress cabinetmakers for years to come.