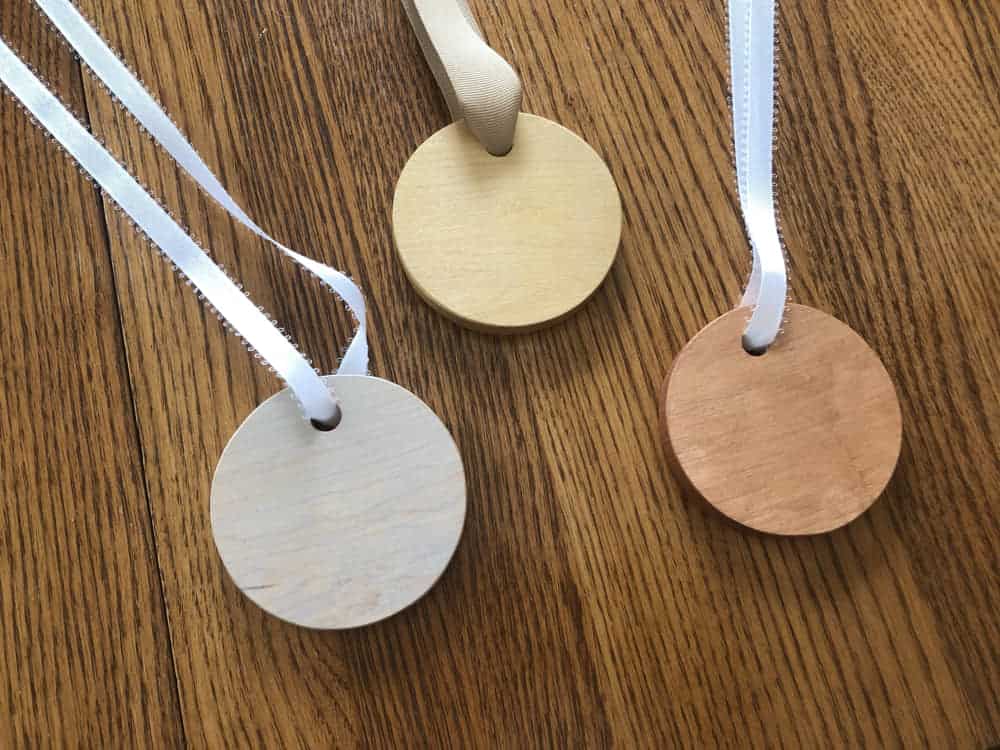 Olympic fever has caught on in our house. My kids have watched diving, swimming, gymnastics, water polo, hurdles, weight lifting, soccer and many other events, even though they have no prior experience with many of these activities. They seem to understand that the Olympics is an international sporting event with plenty of buzz surrounding it and competing in one of these events can be a lot of fun.

My kids are pretty active, and like most kids, they emulate those around them. Over the past week or so they’ve been doing some sprinting, middle-distance running and soccer with their friends, pretending they’re Olympic athletes performing on the world stage. Their imaginations got the best of them, and they decided to hold a “Kidlympics” event to compete for gold, silver and bronze, not to mention local bragging rights.

They collected three participation medals from past soccer seasons, and tried to paint them gold, silver and bronze, but they really hadn’t a clue how to do that. This is where my son stepped in and told everyone he would take care of making three medals out of wood. And that is where my son got me involved.

Woodworking dad to the rescue

My son didn’t have a clue how to do it, but he knew the two of us could whip together a trio of medals, and pretty much overnight. “No problem,” I told him, and we headed to the shop. On-route he asked me how we were going to make the gold medal gold, and so on. I told him that unless he wanted to spend about $40 on three cans of metallic spray paint, the best approach would likely be to use black cherry for gold, maple for silver and something like Douglas fir for the bronze. Nice and easy.

“Well…I guess we could do that,” he moaned. I knew what he meant was, “That will never be good enough,” so I told him I’d have a look in my finishing cabinet to see if I had anything even close to gold, silver and bronze. The problem was I was sure I didn’t.

After searching through my finishing collection, I told him I didn’t have anything that could work. While I was searching in the cabinet where I keep all my finishing supplies he went through a few drawers, pulled out three small jars and said, “How about these?” I looked up, and before even thinking I said, “No, but thanks anyways,” only to realize that he somehow found three small paste finishes of gold, silver and bronze. “Are you kidding me!?” I said to him. I didn’t remember those had been sitting there for the last 10 years or so. Like saving scraps of wood, keeping unique finishes in the shop sometimes pays off, but it usually takes decades.

We energetically jumped up, grabbed a piece of maple and started to talk details.

We decided on about 3″ diameter for the medals. We dressed the board to about 3/8″ thick, then used a compass to draw the three circles. We trimmed them to rough size on the bandsaw, then he sanded their edges smooth with the disk sander. He broke all the sharp edges with 80 grit sandpaper, then we set up the drill press with a 3/8″ diameter Brad point bit to drill a hole in each of the medals. Before each of these operations I took some time to explain to him what the machine did, how to properly use the machine and how to keep his fingers while doing so.

The moment we’d been awaiting was now upon us. I still was in shock that he found those three finishes. He didn’t want to mess things up at this stage, so he asked me to apply the colours to the medals. The paste was thick, and it magically turned the wood disks into something worthy of a major event like the “Kidlympics.”

We left the medals to dry for a few hours, then strung ribbon through the holes and tried them on for size. They looked great, which made my son smile ear-to-ear. That’s a gold medal day, as far as I was concerned.

A few days ago, when my son volunteered to make these medals, he was pretty confident we could make good-looking medals his friends would be impressed with, and thankfully we did it. I was glad I could help him out with this. Next would come the real challenge. The kids are going to do a number of events, ranging from biking to running to long jump, and tally their scores on each of the events to earn these medals. Even though he’s the youngest of a group of six kids ranging from 10 to 12 years old, he’s pretty sure he can win that gold medal. Sadly, that’s something I can’t help him out with.