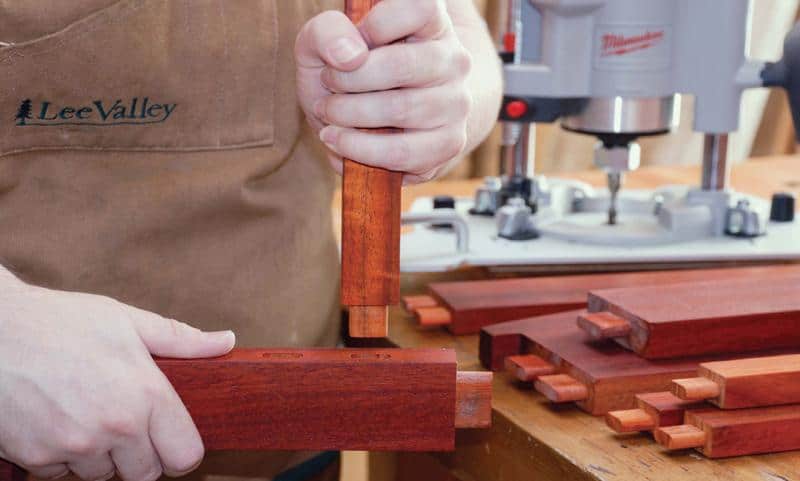 Mortise and Tenon joinery is both attractive and structurally solid. Because of that it is one of the most widely used joinery in woodworking, with uses ranging from traditional frame and panel doors to furniture.

There are a wide variety of M&T joints, with the most common being the ‘stopped’ (blind) joint. Other frequently used joints include the through, wedged, pinned, haunched, double (twin) and offset (barefaced). All of these joints share two common features: a ‘mortise’, which is simply a square or rectangular recess into which a tongue, the ‘tenon’, is inserted. The typical configuration is that the mortise is cut on a stile, and the tenon on a rail. The tenon itself is typically smaller in width and thickness than the rail on which it is cut. Once you know how to make a stopped mortise and tenon joint, you can apply the principles to any kind of M&T joint.